This planet doesn’t belong to us. Ancient species owned this earth long before mankind. I spent 30 years trying to prove the truth: monsters exist. 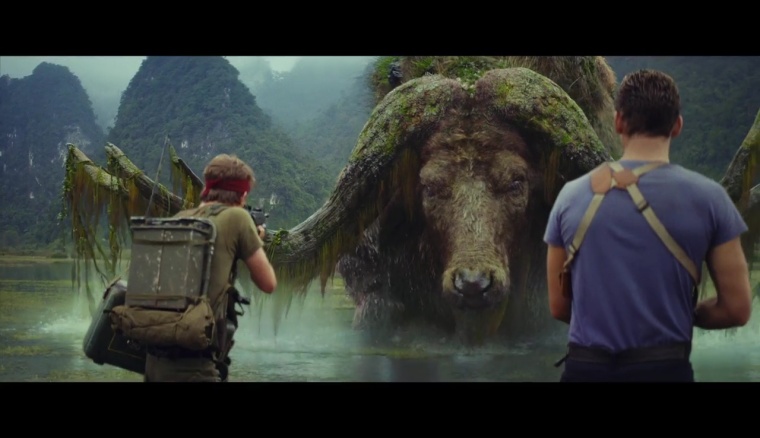 When a group of scientist managed to get the funding for a mapping expedition of an uncharted island, little do they know about the dangers that lurks in the area, one of which is considered the King of the island.

Let me start by saying that this movie looks beautiful, being set at the end of the Vietnam war, there’s plenty of scenes that’s very reminiscent of Francis Ford Coppola’s Apocalypse Now, the saturated colours gives a vibrant look to the forests and muddy rivers that Skull Island has to offer.

Not only the setting looks great but our star Kong, also looks great. The CGI on Kong looks incredible, every bit of Kong is detailed and seamless and that should be given to this movie’s credit. 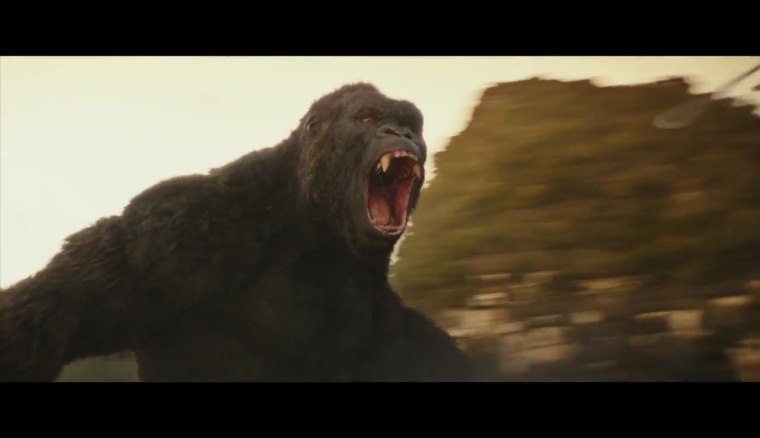 The main attraction of this movie however is Kong and his fights with the other creatures in the island. Every fight he’s in is exciting and though cliched it’s a lot of fun to watch especially on the big screen.

Unfortunately a huge chunk of this movie is very flawed and most of it comes from it’s human characters. Majority of your characters here are flat, with most of them there to deliver expositions or are creature food. Apart from John C. Reily and Samuel Jackson, there’s not much personality to the other characters.

The biggest flaw of this movie however, is it’s dialogue granted a movie titled Kong: Skull Island doesn’t have to have an Oscar winning script to be a good movie, but with the dialogue, majority of it is delivered in expositions or simply bad jokes. 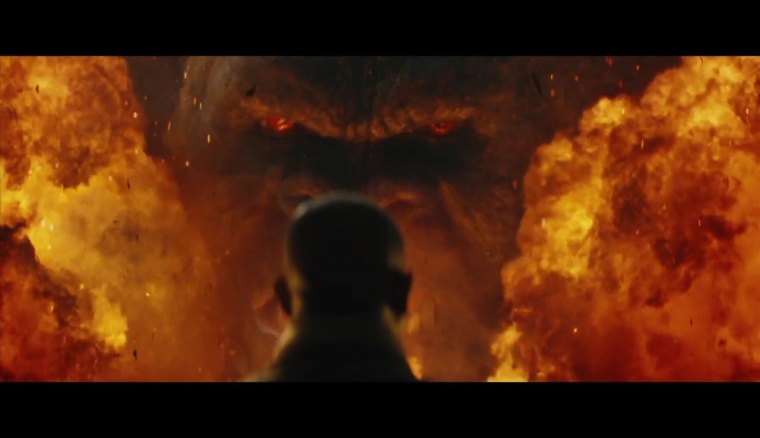 Overall Kong: Skull Island is still highly entertaining, despite the cliched moments and flat characters, the main attraction of the film is Kong and it’s creature fights and on that front they deliver.

Dancy Flammarion, has been fighting different sorts of monsters as far as she remembers. She is aided by an angel that only she can see. She thoroughly believes that all her killings are done in the name of God. However an incident involving Dancy and a lycanthrope causes Dancy to lose her angel, abandoning Dancy on her own in a town infested with werewolves and all sorts of monsters.

With a bad ass plot like that we can hope for a bad ass comic book with lots of gore and blood and all sorts of stuff that may pump our adrenaline flowing. In this case I can safely say that Alabaster: Wolves delivers in those areas very well. It is an incredibly fun read that will keep you turning pages till the very end. The characters were masterfully written and all has the ability to peak the reader’s interest. The bird itself is a joy to listen to and brings a large amount of charisma when he talks. Yup you read that right a character here is a bird and he talks. Although not to take anything away from the protagonist, Dancy is also well written, and is someone who a reader can root for in a fight or a battle.

The dialogue is amusing to read as all characters seems to have something smart to say and it is comebacks one after the other and not to mention a lot of sarcasm in them. However look out for the talking bird because he steals the spotlight most of the time. The artwork, although not the best, provides the readers with interesting images and mixes well with the story. There are amazing artwork in there such as the cover pages and Dancy’s angel.

The only thing that sets this graphic novel back is the action. As bad ass as the plot goes the action does not deliver too well. We are mostly treated with Dancy running around and managing to kill with a single slice on the throat. Although it does provide a great sense of Dancy being an underdog and this allows the readers to root for her more and more.

To sum up Alabaster: Wolves is a great read and it is something one may read to kill boredom. With angels, werewolves, talking bird and a seventeen year old girl who kicks a tremendous amount of monster ass it is something that can easily peak a reader’s interest. Highly recommended for people who are fans of action/horror genre. 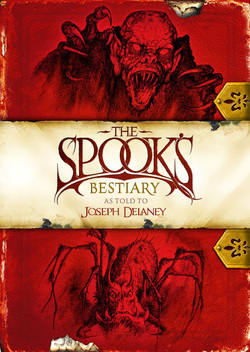 The Spook’s Bestiary is John Gregory’s guide to the dark. It is a must read for any spook apprentice and to my surprise an astonishingly good read.

If you are familiar with the Wardstone Chronicles, then surely you would be familiar with the Spook’s Bestiary which was mentioned quite a few times within the series. Upon finishing it, I was blown away. The book gives so much details on the dark. From binding boggarts, witches, to introducing the old gods to so much more. This book is just full of information about the county and the denizens of the dark. Without a doubt Joseph Delaney wrote a very well written add on, to the Wardstone Chronicles.

The book not only acts as an encyclopedia to the denizens of the dark but it also includes past stories of John Gregory, the spook, and his earlier work. It also includes some stories of his master, Henry Horrocks, and some John Gregory’s other apprentice. Without a doubt the addition of these stories makes the book so much more interesting. Also the integration of Greek mythology was just right, it does not quite follow the original myth, but it is tweaked and blended nicely to fit in the Spook’s universe.

Another addition to this magnificent book, is the artwork. My goodness the artwork, as terrifying as it is, it is enticing to look at. The drawings are surely scary and one would be thankful that none of these exist, or do they. But they definitely give the readers an idea on what the creatures look like in the series.

To sum up, as a big fan, I really love this book and without a doubt a favorite of mine. The extracts are so detailed one would wonder, ‘How on earth does Joseph Delaney come up with this stuff?’, surely all of this can’t come from personal experience, or did they. Nonetheless it is an amazing read and it is highly recommend that long time fans of the series should put this to their reading list. Although as a precaution, this should be at least be read after the 10th book, The Spook’s Blood, to prevent any spoilers.